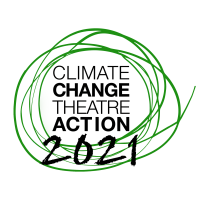 The first will be at Emmanuel College on the 20th of November 2021; the second will be at the Cambridge Junction (J2) on the 12th of January 2022. They're working towards performances in summer 2022.

The R&D will be oriented towards theatre-making as a practice of collective thought and mutual care. Before my PhD and now alongside it, I work(ed) as an opera singer and a coach. I studied at the RCM, and I’ve worked at the Royal Opera House, Opera North and Glyndebourne. The best thing I’ve done, though, is an opera called Silent City, which I worked on as a singer in 2019.

Silent City took the theatre seriously as a space to gather and re-group. It was deeply concerned with who got to be there, how they came to meet each other and the work, and what we could achieve together. It held space for people; it was precise, tender, and wise. I was really proud of it. That’s the kind of work my research is on, and it’s the kind of work I like making.

I'm interested in how this works at the beginning of the climate era. That's why I'm basing the R&D around plays from CCTA. Every other year, 50 professional playwrights, representing all inhabited continents as well as several cultures and Indigenous nations, are commissioned to write five-minute plays about an aspect of the climate crisis. The R&D will use some of these texts as starting points to think about theatrical encounter: how we meet in theatres, how that might change, and how it might matter.

If that sounds like your kind of thing, drop me an email at meh57@cam.ac.uk.

For more about me, and about the project - www.miloharries.com.