Welcome to Camdram The portal website for student theatre in Cambridge

last year 2 years ago 5 years ago

Only one week left until KINKY BOOTS!

🔍Catch Me If You Can is a 'must-see event', according to @CambridgeIndy! The critics loved the show at opening night last night- read more here: bit.ly/3wGmkW8
You can still catch this thriller until Saturday 28 May!
Best availability Wed & Thu bit.ly/38Jw3lf

Check out this preview in @VarsityUK, in which some of the cast and crew of Vanity Fair spoke about the process of putting the show together!

World-renowned all-male a cappella group @YaleAlleyCats are giving the final lunchtime concert of term tomorrow. Set list to include genres from Jazz to Motown, timeless oldies to contemporary chart-toppers!
westroad.org/event-info/the…

Opening tonight at the Minack - Carnon Downs Drama Group's production of Twelfth Night. Comedy, music, romance and lashings of revelry, what could be better! On 'til Thursday.
Book now ow.ly/J8Ah50JfwSk 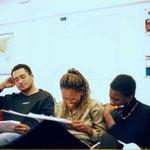 Get your tickets now - adctheatre.com/vanity 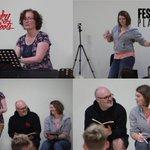 Our Creatives Emily Starr, David Mallabone and Ana Sanderson are turning our production into something special with their amazing ideas, undimmable energy, valuable feedback and constant drive to find the best possible performances. Come see: adctheatre.com/kinky

Monday is our second and last Musical Theatre Bar Night of term!⁠

Taking place in the ADC Bar with an intimate and supportive audience and cheap drinks, what more could you want?⁠

Find out more about next week's show BALLYTURK by reading the preview at adctheatre.com/ballyturkprevi…

We can't wait to welcome you to our theatre tomorrow! bit.ly/384EVBz

WEDDING OF THE CENTURY is a hopeful comedy exploring love and friendship, and what happens when the two really fail to work together nicely.

Opening Monday at the Minack. The first Shakespeare production of our season - Twelfth Night. We welcome local company Carnon Downs Drama Group with a very Cornish twist on this perennial favourite. On til Thursday.
Book now
ow.ly/yFLZ50Jec4W

CUADC is back on Twitter, so what a great opportunity to tell you about our latest show, VANITY FAIR, by Kate Hamill, being performed next week. 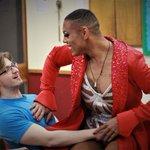 Less than 2 weeks to opening night! Why do the cast in these photos look like they are having the time of their life? Well this show does that to you. Buy tickets and get ready to paste a great big smile on your face!😁adctheare.com/kinky @adctheatre @embassylondonofficial

Star of Happy Days and The Office (US) @lindapurl speaks to @VarsityUK ahead of her performance in Catch Me If You Can next week!

Have you got your tickets yet? Head to our website to book now!

Sunday afternoon's concert will feature the world-famous @briggusbb in the first half and @HaverhillBand, the first Suffolk brass band to qualify for the National Finals, in the second, with some rousing joint items to close
westroad.org/event-info/bri…