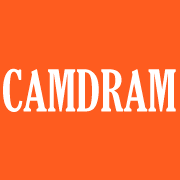 Camdram's meta-page on Camdram. We don't fund any shows, but we help others to put on shows using this website.

The site is maintained by volunteers in their spare time. If you have a question or problem, or you’re interested in helping, contact us at support@camdram.net.

Get involved with Camdram shows:

We will be carrying out some maintenance this evening starting around 9pm. Camdram will be unavailable intermittently.

We've introduced a new vacancy adverts system to improve the consistency between the different sorts of adverts used previously. If you regularly use Camdram to recruit people for your shows then please try out the new system and let us know what you think in the comments!

camdram.net is currently unavailable. We are investigating as a matter of priority.

Camdram is currently sending a lot of emails so we have imposed some temporary rate-limits. You may experience some delays in receiving messages.

We've received an automated alert regarding an issue with Camdram and are investigating!

We are investigating potential issues with Camdram.

Outgoing email is currently rate limited for operational reasons. You may experience some temporary delay in receiving notifications from Camdram.

We are performing some emergency maintenance on Camdram’s search functionality. Apologies for any disruption.

We've temporarily rate limited outgoing email. There may be a delay in receiving emails from Camdram. 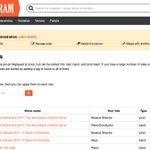 We've just released a new feature into limited availability - custom role tagging. Useful for those people with millions of Camdram credits to help delimit their profiles! 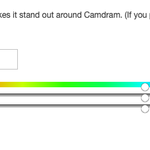 New release just deployed with exciting new features - you can now set a custom colour for your shows, societies and venues! 🎉

We believe the email issues from earlier have now been resolved. Emails are now being processed normally and we are taking steps to prevent this kind of incident from happening again in the future. Apologies for any inconvenience caused.

We're investigating problems with email delivery from the past few weeks.

Here at Camdram we care about the balance between students' work and theatre, so we're excited to announce: DoS mode! Your directors of study and tutors can get real-time updates on how much time you spend on shows, and an end-of-term report! Try it now: camdram.net/dos-view. 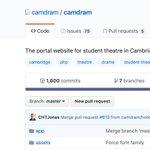 This evening, we reached 1,600 commits on the Camdram GitHub repository! 🎉🎉

As you may know, we recently updated our Privacy Policy and introduced new User Guidelines. TL;DR content on Camdram should be both legal and relevant, and you MUST obtain consent before adding someone’s name as a cast/crew/band member camdram.net/user-guidelines

During a new software release today we discovered a major issue with our email delivery system. We are currently working through the backlog of some 900 emails dating from several days. Apologies for any inconvenience.

The latest version of Camdram has fixed a few time zone bugs experienced when adding auditions. Let us know if you continue to experience any issues! 🔥🚫🐛

Thanks for bearing with us! Camdram is now back online, running #PHP 7.3 and we've fixed some security issues. You can now format show descriptions and audition posts in #markdown!

We’re currently performing some maintenance on Camdram – back soon!

We are aware of issues when viewing a person’s Camdram profile. We will resolve as soon as possible. Apologies for the inconvenience.

The latests version of Camdram now supports shows with multiple societies, as well as a small festive treat! -CJ

Camdram is having a small meet-up at the ADC Bar tomorrow evening. We’re after your thoughts/opinions on our roadmap for new features/enhancements!

Whether you’re a programmer or not, we’d love to meet you and get better insight into how the site is used by the theatre community

Site search is now functioning normally. Apologies for any inconvenience!

We are having some site search issues following a deployment just now and are working to resolve.

Our maps now use data from @openstreetmap . Plus other fixes: github.com/camdram/camdra… -PH 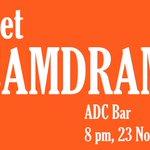 The team behind Camdram will be in the ADC bar on the 23rd – next Friday – during panto. If you're interested in getting involved or you'd like to learn more about how we run the site, head on down!

The issues we were experiencing have now been resolved - apologies for any inconvenience!