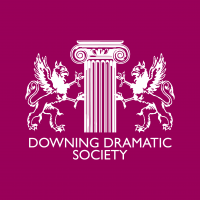 The Howard Theatre, designed in the Neo-Classical style by famed architect Quinlan Terry, is a state of the art facility used for both conferences and theatrical productions with a total capacity of 160 people. It's styled interior has made it suitable for many period productions such as Oscar Wilde's 'Lady Windermere's Fan', Tom Stoppard's 'Arcadia', and many more. However, the space has proven, still to be incredibly versatile, being used for contemporary New Writing productions as well.

We are proving to be a major player in Cambridge's dramatic scene, funding incredibly successful shows both at and outside of the Howard Theatre and Heong Gallery.

The society is always looking for people with new ideas, if you have one; we want to make it happen.

Do you have a play, monologue, or other piece of writing you want to showcase to a broad audience and a panel of industry experts? Then look no further because we have now opened submissions for The Festival of New Writing!