The Cambridge University European Theatre Group is a self-sufficient, entirely student-run theatrical company, which tours a Shakespeare play around Europe for two and a half weeks every December (and has been doing so for over 50 years now!). It is an ambitious coach-bound operation; a company of 25 or so tour with professional lighting and sound equipment, costumes and an experimental set, enabling us to put on a show absolutely anywhere.

Each year we typically visit twelve venues - ranging from professional theatres, to schools and universities, and even to churches and converted bread-ovens - and travel through five or six countries. In the past, we have performed in France, Germany, Switzerland, Austria, Belgium, Luxembourg, Holland, The Czech Republic, Italy and Hungary, before returning for a homerun in Cambridge the following January.

A typical day on tour doesn't exist! Every single performance is like an opening night as we usually only perform at any given venue for a day, meaning we constantly have to adapt the show, both technically and artistically, to best suit the space we are performing in. However as a rough idea, we leave the previous venue very early in the morning, arriving at the new venue around lunchtime. The entire company then unloads the coach and starts the "get-in", setting up the lighting, sound and set. Whilst the techies finish this, the cast prepare the show for this new stage. Sometimes we then put on a late matinee (and if not, we explore the town), before settling down to dinner followed by the evening show. Once the curtain comes down we rapidly "get-out", reload the coach, and by midnight, head off to stay with a host family!

Over time, ETG has developed a reputation at home and abroad for producing exciting, innovative, experimental and professional interpretations of classic texts, attracting the most ambitious actors, technicians and creative forces from within the university. We provide successive generations of company members and audiences with challenging experiences completely unimaginable elsewhere in British (let alone student) theatre. Have a look at The ETG Experience to get a better idea of what it means to be involved with such a unique and exciting group! 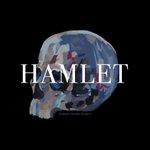 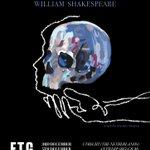 This December we will be touring Hamlet, visiting Utrecht, Antwerp, Leuven, Tuebingen, Konstanz, Bern and London 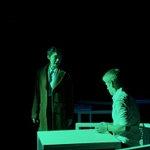 With just a few hours to go until our London show, here are some shots from our performance in Amsterdam!

Head down to the Cockpit Theatre tonight to catch our first performance back in the UK until January! 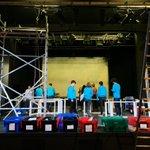 Our tech team have smashed our last get-in in the lovely and historic town of Leuven, the last stop before we return to London this Friday for just one night only at The Cockpit Theatre!

Tickets at the link below!
bit.ly/etg2019 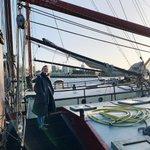 A lovely weekend in beautiful Amsterdam came with a stay on a boat, as well as another performance under our belts!
Just three days until we're back in London, so don't forget to get your tickets 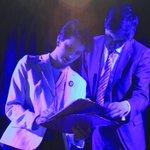 Here's a sneak peak at our show from our preview weekend in Cambridge!
We'll be back in the UK on Friday - grab your tickets now at the link below so you don't miss out on seeing our amazing show in the beautiful and intimate @cockpittheatre!
bit.ly/etg2019 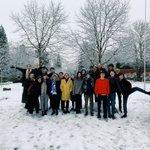 We got a glimpse of our first snow of tour, after our shows in Bern!

But tour never stops, and we're already on to Amsterdam this weekend! We're back in London at @cockpittheatre next Friday 20th - tickets at the link below! 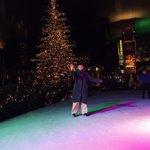 We celebrated our first shows with some ice skating by the beautiful Lake Lucerne!

It's now just a week until our London show at
@cockpittheatre, tickets are going already so get them now at the link below to make sure you don't miss out! 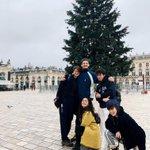 After a quick stop off in Nancy to admire some Christmas decorations, our first show is now done and dusted!

There's now just over a week to go until our London show at @cockpittheatre, so head to the link below to grab tickets before they're gone!!
bit.ly/etg2019 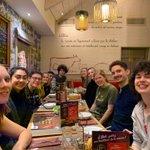 First day complete ✅
We took a quick stop off in Reims last night before moving onto our first venue, Sursee! 🇨🇭🇨🇭🇨🇭
bit.ly/etg2019 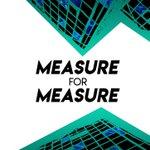 With just five days to go until we set off on tour, check out our amazing poster by Bella Biddle!

If you just can’t wait until January to see us in Cambridge then you’re in luck, tickets are now on sale for our performance at @cockpittheatre on 20th Dec! 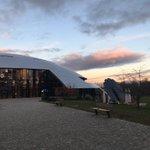 And the curtain falls on our 4th show of the tour at Institut le Rosey, Rolle, Switzerland! We had so much fun working with the students here! 9 days before our London show at the @cockpittheatre get your tickets here: thecockpit.org.uk/show/othello_0 #Shakespeare #theatre #cambridge 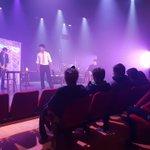 Here are some sneak peaks from this year’s tour: Othello! These photos were taken by the wonderful APARC school from our first stop in Chantilly, France 🇫🇷 #europeantour #theatre #shakespeare #othello #cambridgeuniversity 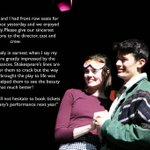 🎭 Only three days until the opening night of our ADC homerun! 🎭

Get your tickets here: adctheatre.com/muchado

Need more convincing? Have a look a some of the feedback we got from audience members on tour:

???? 90 minutes until our first London show! Tickets are still available on the door for both… instagram.com/p/BczeNIvlgXt/ 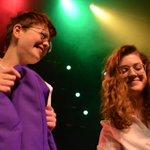 Having performed our last European show last night we are looking forward to retuning to the UK for our two shows at @cockpittheatre this Sunday!
Tickets still available here:
thecockpit.org.uk/show/much_ado_…

Our London shows are less than a week away! Get your tickets now so you don't miss out thecockpit.org.uk/show/much_ado_…

It’s exactly one week until the cast and crew of ETG 2017 set off on tour across Europe! Catch us at our concluding shows in the Cockpit Theatre, London on Dec 17 thecockpit.org.uk/show/much_ado_…

Tickets are available for our London shows on the 18th of December here: thecockpit.org.uk/show/hamlet_2

4 days until Hamlet heads on tour - we're coming for you Europe!

@LoLetters Hi there, our performances in London will be at 2pm and 7pm - hope to see you there!

Check out our website for the full itinerary of our 2016 tour of Hamlet! 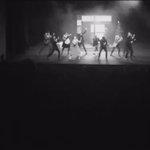 We'll leave with this 'random' quote that sums up ETG: "Though this be madness, yet there is method in't!" Bye! 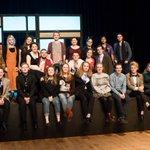 A final goodbye from the Twelfth Night Twitter team(@jackjrowan@jfwastell@gabbiebird) Good luck to next year's tour! 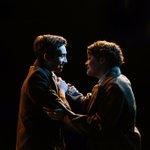 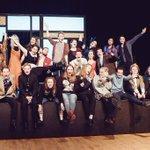 "Well that's all one, our play is done!"

Only 2 tickets left for the final show!