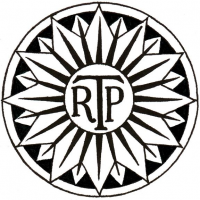 Rickshaw Theatre Project is an entirely student run volunteering project that takes Cambridge students to three cities in Northern India and Nepal, where we will run educational theatre workshops with disadvantaged kids and young people. We hope to not only create a fun and safe environment in which they can develop creative skills within drama, but also a space in which they can learn valuable social skills, such skills of teamwork, the ability to build trust, and establish lasting, healthy relationships. Feedback from previous years shows the workshops were rewarding, both for the children and the volunteers, and that they made a real difference to those participating.

Traditionally, the project runs for a period of six weeks with a team of 8-12 individuals spending two weeks in three separate cities, working closely with existing NGOs and schools to deliver workshops. We recognize that 2 weeks is not a lot of time to make a lasting difference, however we aim to help build upon initiatives that are already in place and bring new forms of teaching and interaction to the NGO’s that can continue to be used even after we have left. In this way, rather than starting up initiatives of our own, we strengthen and help develop ones that will be able to continue to make a difference over a long period of time.