An Education
By Nick Hornby 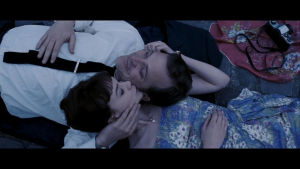 1961 London, Jenny Mellor is a 16-year-old schoolgirl hoping to go to Oxford when she meets David Goldman, a charming older man. He charms and manipulates her parents into approving the relationship. Later Jenny discovers David is a con man, but keeps quiet and accepts David's marriage proposal, and leaves school. Later she finds out David is already married and he vanishes. Jenny feels she has thrown her life away, but her favourite teacher helps her to continue studying and she is accepted at Oxford to next year.