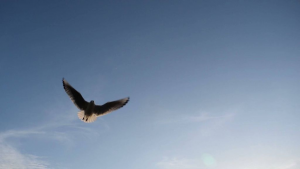 27 seconds chain project is BACK!

The idea: someone makes a 27 second long film sequence. We pass it on to someone else, who writes and records music to it. We take out the film, and give the music to a filmmaker, who makes a film sequence to fit the music. We take out the music, and give that film to a music maker, who writes a track to fit that film - and so on. 'Film' can be animation, live action, narrative, video art; 'music' can be a band recording, a soundscape, orchestral, choral, jazz, incorporating words, incorporating bird noises. Everyone has a week to do it, and whatever they make has to be tailored / in response to what they're given. At the end, we have a series of interlocking 27 second pieces, which we screen.

The Cambridge Film Association, in collaboration with C o l l e c t i v e, and in association with Watersprite Film Festival, is very excited to set this unprecedented project in motion. We hope it will foster a load of very fruitful collaborations, and have no idea what the end result will look like. Get involved!