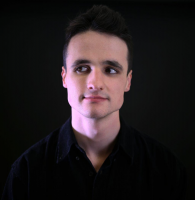 Accompanied by an original soundtrack, NOW That’s Who I Call Archie Henderson is a heroic story of symphonic redemption – a last-gasp attempt to figure out what the hell makes a song a hit. In a tornado of musical theory, pop impressions and self-flagellation, Archie will re-attempt every night to find that secret ingredient that’ll take his song all the way to the top. Expect a comprehensive (read: obsessive) historical analysis of everything that has ever made pop music popular – from Bond themes to the Arctic Monkeys via some serious powerhouse opera vibrato.

They said a smash hit can’t be built in a day.
They said to express emotion, not obsess over minutiae.
They said you can’t fake artistic value.