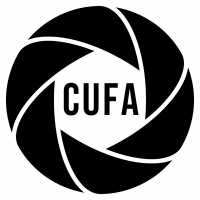 If you are someone who loves film but has never had the chance to be involved in filmmaking before, then CUFA wants you to get involved in this year's Fresh2Film Festival. In small groups, you'll get the chance to put together a short film that will be screened at the end of term at Cambridge shorts! Through our application form (coming out soon) you'll get to apply on your own or with some friends and get placed into a group with other like-minded prospective filmmakers just as excited to make a film as you are!

As you work on your film, you'll also get to attend our free Fresh2Film workshops where we'll introduce you to each stage of production, from screenwriting to sound design! Still not sure if this is all too good to be true? Come along to our introductory session on October 14th at 5pm to find out more (see the CUFA facebook page for more details).