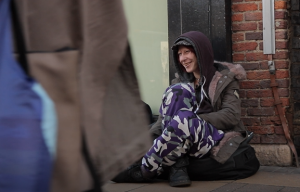 This documentary speaks to rough sleepers and people living and working in shelters in Cambridge, to share some of their unique stories and personalities. The film hopes to spark debate about how society perceives those in such vulnerable positions.

The launch event will be hosted by the Director and be followed by a panel discussion with representatives from Jimmy’s Cambridge, Emmaus, Cambridge Homeless Outreach Programme (CHOP), Whitworth House, and more.