CULES: And Then There Were Some 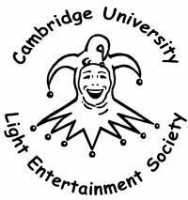 Join us on idyllic Burgh island for an evening of intrigue and death. A Captain with a shady past, a Butler with a bottle of truth serum, a Novelist with an obsession for mysteries, a Baker with a grudge, a gap-year student with an ipod, and a sweet couple with a picnic. Who's the murderer? Who's the victim? And who's been eating my cupcakes?! Find out in AND THEN THERE WERE SOME. Agatha Christie this is not.

And Then There Were Some is CULES's Lent Term Production. It is an original murder mystery play loosely based on the famous book (and TV series) of not the same name.