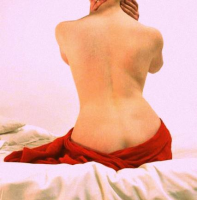 Laden with moments of both comedy and searing tragedy, Frank Wedekind's famous double bill is brought to the beautiful Howard Theatre. Combined as "Lulu: A Monster Tragedy", Earth Spirit and Pandora's Box are two of the most striking and famous of fin de siècle sex tragedies: forming a commentary on the destructive potential of sexual and material excess in the turn-of-the-century bourgeoisie. A tale which Wedekind tells through the fatal and enigmatic figure of his protagonist Lulu. Travel from Berlin, to the opulent high society of Paris, to the grimy slums of London, following Lulu and her successive lovers, as, at each shift in setting, the play's world and its characters slowly degenerate, before the play’s now iconic and brutal climax.