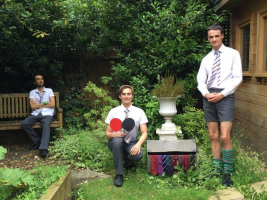 Winners of the London Sketchfest Audience Choice Award, millenial sketch triangle Two Plus Ones bring you 'Mothers', their comedy debut from the Edinburgh Fringe, for one millenial night only.

Broadway Baby: "Nothing short of hilarious"

Shortcom: "Seem to wear their millenial status as a badge of honour"