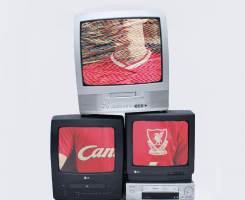 Am I a virgin? I think I am. I mean it went in her but it was floppy and it wasn’t very nice so I think I am a virgin. I’m going to say I am. Will look better on me uni applications.

Bottleneck is a gritty one-person show which tracks the days leading up to the FA cup semi-final against Nottingham Forest; a game no longer synonymous with football, but rather with scape-goating, police negligence and the unlawful death of 96 innocent people.

It is a play about a notorious city and how, after Greg's fifteenth birthday, it will never be the same again.