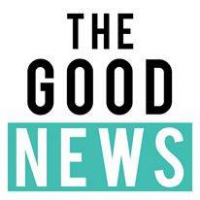 After an astonishingly successful run at the Corpus Playroom in Cambridge, The Good News comedy duo (http://tgncomedy.co.uk/) of Sam Knights and Charlie Robb are taking their hit sketch show, 'Farewell Tim' to the Edinburgh Fringe.

It's a sketch show with a mysterious hero. You may not have known him, but you will have seen him. He was your neighbour’s neighbour, your cousin’s first love, the kid you bullied at tennis camp. But he was also our best friend.

Join Charlie and Sam for an hour of fast-paced comedy that dares to ask: who is Tim? Where is he now? And is he just a figment of the imagination? This hysterical new show is not be missed.