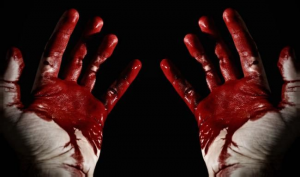 'The fault is not in our stars, Brutus, but in ourselves.'

Caesar rules Rome, and the people adore him, but Caius Cassius is concerned that he has becomes too powerful. Cassius convinces the honourable Marcus Brutus and others to conspire against Caesar, but the ruler's assassination leads to unrest; stirred up by Mark Anthony, the people erupt into civil war. As Cassius and Brutus grapple with the effects of their actions, Capitol and city is consumed by chaos.

Shakespeare's visceral thriller captures a state in crisis and examines the consequences of assassination. 'Julius Caesar' is a play which continues to encourage political engagement, and to reflect the power of the people, and it remains one of Shakespeare's most powerful and relevant works.