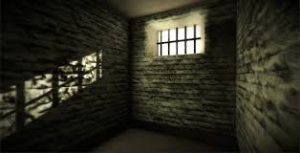 After a sold-out one-night run in the Larkum in Lent, VOYAGER is returning as the Easter Week 3 ADC Lateshow- a dark, claustrophobic play about the inside of a government office during a disease outbreak in a near-future Britain.

It's five o'clock on a Friday night at the Department of Health, in a near-future Britain in which everything is going wrong. Anna, working on paper files amid power cuts, is part of a team trying to isolate and contain a strange and terrible new disease. Quarantines and social media blocks are in place to stop word of it getting out, but tonight it's in five cities and no-one knows how or why. By morning there might be riots and cities alight.

And beneath Anna's office, in a darkened cell, is a girl who might know something about the disease, who went missing for a year and was found just as the disease flared up. But the girl won't talk, and as the pressure mounts and the body count outside rises, Anna will have to make a terrible choice.