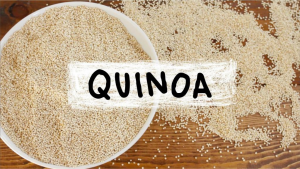 From the TAB THEATRE AWARD WINNING creators of SITCOM: A SITCOM...

One fateful night, while tucked up in their comically oversized bed which they all share for some reason, Elliott, Patrick, Evie, Stefan and Seth were visited by the ghost of Stephen Fry. This unearthly apparition of one of the country's most beloved middle-class entertainers gave them but one single instruction; to create the greatest sketch show of all time. This is what happened.

From up-and-coming comedy people Elliott Wright, Patrick Wilson, Evie Butcher, Stefan Bencik, Seth Kruger and Michael Tigchelaar (as collectively seen in Sitcom: A Sitcom, Footlights Smoker, Sticky Floor Smoker, Golden Gods Smoker, UKIP: THE MUSICAL, Stuart Brown's Guide to Cambridge, Christ's Holy Smoker, Laughing Fitz, POLITICS!, Picasso Stole the Mona Lisa: Fringe Edition, Tate Postmodern, The Coalition) comes just what the Cambridge theatre scene is crying out for: another sketch show! Join them as they flail about on stage for about an hour, sometimes doing silly voices, in an effort to make you laugh via that desperately unexploited format: sketch comedy! Sit back and enjoy as these four brave men, one brave woman and one eunuch (try and guess the eunuch for a free ticket!) revolutionise the Cambridge comedy scene forever.

Past praise for these idiots:

"Original, clever and witty, I’m sure this lot will go far"- The Tab

Patrick Wilson: "a fitting balance between the disgusting, the funny, and the sincere"- The Tab

Evie Butcher: "the highlight of the production"- Varsity