The Coalition
By Jonathan Shamir 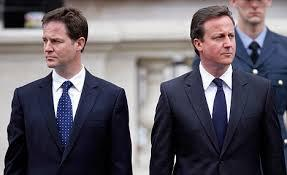 When David Cameron finds out he hasn't won a majority in the 2010 election, one of the most turbulent terms in British politics ensues. His unlikely partnership with Nick Clegg witnesses riots on the streets of London, sexy scandals, and the Green Party's disillusionment culminating in a terrorist attack which irrevocably shakes the country. A satire of our perception of politics.
A once-in-a-Cambridge-lifetime opportunity to satirise and reflect on our political culture following an election!