Dido and Aeneas
By Henry Purcell and Nahum Tate 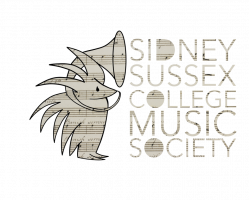 The source of the much acclaimed aria, "When I am laid in Earth", also known as "Dido's Lament", Dido and Aeneas is celebrated as not only a monumental contribution to Baroque opera, but one of the most important works in the history of music.

Based on Book IV of Virgil's Aeneid, Dido and Aeneas tells the story of the love between Dido, Queen of Carthage, and the Trojan hero Aeneas, and the subsequent aftermath of an attempt to destroy Carthage and its queen by an evil sorceress.

With performances taking place in the atmospheric and serene location of Sidney Sussex Chapel, this event will surely be the must-see of Michaelmas 2016!