I Love You Because: Edinburgh Fringe
By Joshua Salzman & Ryan Cunningham 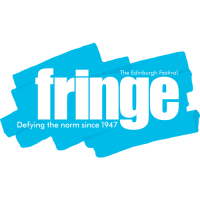 "I have lots of friendships but this one transcends all the ones in which I don’t get laid and that’s why we’re just friends…with benefits."

In an attempt to get over the messy ends of their last relationships, Marcy and Austin find someone who is perfectly wrong for them: each other. But what they don't realise is that 'wrong' may actually be 'right'...

Loosely based on Jane Austen's 'Pride and Prejudice', 'I Love You Because' is a modern day, musical love story which follows two couples and their struggles to find love alongside the pressures of modern romance.

With stunning music, and a hilarious script, 'I Love You Because' teaches us to love not in spite of faults, but because of them.