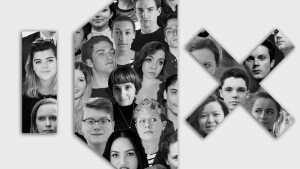 "Words are cheap. The biggest thing you can say is elephant" - Charlie Chaplin

After a dictatorial decree, all comic speech has been banned and comedians branded in an attempt to secure power. In a ramshackle theatre, a group of intrepid performers stage a new rebellion: using their physicality, subtitles, projections, sound effects, overdub, recorded lines, audio description and the audience themselves to create laughter. Speechless is a devised comedy sketch show about the importance of communication, the dangers of censorship and the universal appeal of comedy.

Narrowly escaping the police after their Cambridge run, the rebel comedians take to the nation's capital for one night only.