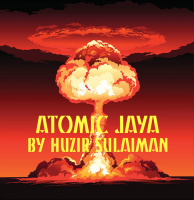 There is a catch: there is no legal way for them to obtain uranium. Join Mary as she collides with one wacky character after another, from a shady uranium smuggler to an army general with a Napoleon complex. This political satire takes on racial issues, national hubris, the tenuous relationship between the East and the West, and the post-colonial hangover.