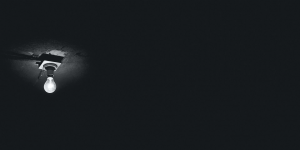 It’s five o’clock on a Friday night at the Department of Health, in a near-future Britain in which everything is going wrong. Power cuts are frequent and unpredictable. Floods have overwhelmed the southeast.

Anna, working on paper files under her office’s flickering lights, is part of a team trying to isolate and contain a strange and terrible new disease. Quarantines and social media blocks are in place to stop word getting out, but tonight it’s in five cities and no one knows how or why. By morning there might be riots and cities alight.

And beneath Anna’s office, in a darkened cell, is a girl who might know something about the disease- but she's refusing to talk, and as the night drags on and everything begins to fall apart, Anna is faced with terrible choices...