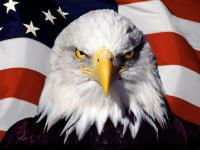 The year is 2030, and Donald Trump has just entered the fourteenth year of his four-year term as President of the United States. Now, he prepares to complete his masterpiece, The Great Border Wall of Mexico, which the Mexican People will pay for.

But something is stirring in the South, the North grows restless, and the other directions feature too.

As a unified resistance grows, a devastating showdown at the Trump House (formerly know as the White House) becomes inevitable. Will the Mexican Resistance find their way home? Will the last remnants of ISIS finally have their revenge? Is Arnold Schwarzenegger really a robot, or just that good an actor?

Find out on an all-singing, all-dancing parody-musical journey through the desolate wasteland of future America.