The Djinns of Eidgah
By Abhishek Majumdar 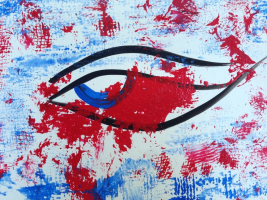 Two boys caught between their dreams of becoming famous football players and their need to join the resistance.
Two doctors who cannot reconcile with their political ideologies and personal tragedies.
A young girl unable to decipher reality.
Unfolding in the violence and confusion of occupied Kashmir, the djinns are many and appear to disrupt friendships and talks of peace.
Only stories remain to be told. And retold.

*
The Djinns of Eidgah set in occupied Kashmir is a haunting, heartfelt and political play written by Abhishek Majumdar and combines multiple storylines. Two friends Bilal and Khaled are caught between their dreams of becoming famous footballers and their political need to join the resistance. Bilal’s traumatised sister Ashrafi struggles to cope mentally and regularly visits Dr.Baig and Dr.Wani’s clinic for therapy. The two doctors cannot reconcile with their individual political ideologies, the duty to their clinic and the way they should accept their children’s futures, either as dead militants or dead children killed by the standing army. As the drama unfolds, two soldiers stationed in the occupied state are unable to read the complex chain of events and must choose between the misery of the people they encounter and what they have been trained to believe. The djinns are many and appear to terrorise and derail tales of friendship and talks of peace. The play depicts the confusion and violence in occupied regions and at the same time redeems it through the use of folklore, friendly banters about football and sincere political dialogue.