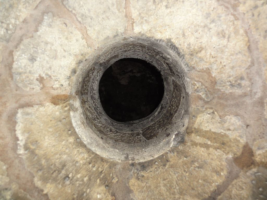 Worried about graduation? Getting on the housing ladder? Global warming? AI? The bees?? Self-driving cars eating you alive? Or just plain old nuclear annihilation? There’s plenty of things to be stressed about over the next decade. Why not find out how terrible (or non-terrible) things are going to be in advance? Come see 2030, the only druid-certified soothsaying sketch show! The cast and crew have travelled back in time 11 years to present to you a series of light vignettes/grim warnings all set in the near-future. With a script so responsive to developing news stories you’d swear the show had an improv component (rather than being genuinely clairvoyant), 2030 showcases the best of the Cambridge comedy scene’s writers and performers, working closely together to put together a vision of the future that’s so “uproariously funny” you’ll wish you were a decade older!