The Parnassus Players
By Sean O'Neill 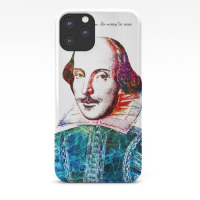 -Do you think this is the year we become real playwrights?

Tom and Rob languish in a bedsit situated somewhere between 1590s Deptford and undergraduate accommodation built in the 60s. They're greasy, cold, and fancy themselves writers; Rob drinks too much and Tom is bad.

‘The Parnassus Players’ is an original student-written comedy, set within a fusion of the 21st century student theater scene and the theatrical world of 1590s London. It follows two budding writers, Rob and Tom, in their struggle to navigate the scrappy underworld of Shakespeare's London and attain literary stardom.

Join these vagrants for an innovative satire and celebration of live theater! We're talking queer Elizabethan romance, goofs, gaffs, the Phantom of the Opera, and more bawdy puns than you can shake a pickled herring at!