A Festival of New Writing 2017 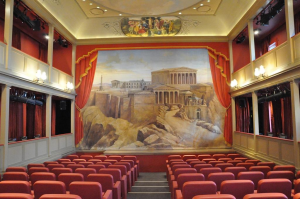 Downing Festival of New Writing is back for the third year running! Hosted annually by Downing Dramatic Society. With ten independent, student-written plays running over three nights, come and enjoy one of the biggest new writing events in Cambridge performed in Downing College’s beautiful Howard Theatre. At the end of each evening, the writers will receive a live feedback session from a group of industry professionals and experts, following which, at the end of the festival one play will receive a festival prize of £100, along with the promise of further development from the society. Our judges this year include Tanya Ronder (Playwright: RSC, National Theatre); Edward 'Chips' Hardy (Writer & Producer: Taboo BBC One, father of Academy Award nominee Tom Hardy) and David McDermott (Award-winning Screenwriter: BBC, ITV, Channel 4). With scripts which range from verse to black comedy, and a judging panel packed with interesting names, sample some of the best student writing Cambridge has to offer.

This year's selections are as follows: