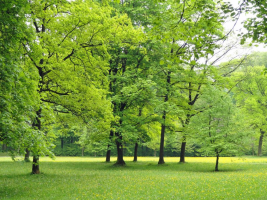 ‘The universe is deterministic alright, just like Newton said, I mean it’s trying to be, but the only thing going wrong is people fancying people who aren’t supposed to be in that part of the plan.’

In the schoolroom of a country estate in the 1800s, Thomasina Coverley is discovering the truth about carnal embrace. In the same room about 200 years later, a group of academics are still trying to work it out. While thirteen-year-old Thomasina complains to her tutor about algebra and rice pudding, in the present day, Bernard Nightingale arrives at the house in his red Mazda, and both, in turn add more than a little disorder to the lessons learned at Sidley Park.

The story of the precocious Thomasina and her tutor begins with the style and flair of a Wildean farce, but quickly develops tension as the stakes rise. Cutting insults, love rivalries of Byronic standard, and poetry of a much lower one fly across the schoolroom table. Meanwhile, Bernard, a literature academic, has both ‘Romantic’ and romantic endeavours of his own. He believes he has found a note that suggests Byron was involved in a duel at Sidley Park, and which might explain his mysterious flight to the continent. With the begrudging help of fellow expert, Hannah, he attempts to piece together the evidence that would prove his theory correct.

A paperchase through time shows the audience that science and technology are all very well, but lust fuels the inevitable spiral into chaos.