Crimes of the Heart
By Beth Henley 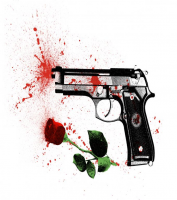 In 1950's Hazlehurst, Mississippi, the three Mcgrath sisters have returned home, awaiting news of the family patriarch - their grandfather - who is living out his final hours in hospital. Lenny, the oldest sister, is unmarried and facing dwindling marriage prospects; Meg, the middle sister, has returned after a failed stint in Hollywood, and the youngest sister, Babe, is out on bail after shooting her husband.

Their troubles, serious and yet hilarious, unravel throughout the play; as past resentments bubble to the surface, the sisters are forced to face the consequences of the various “crimes of the heart” that they have committed.

An example of black comedy at its finest, Crimes of the Heart is a comedic exploration of loneliness, deceit and ultimately what it means to be a family.