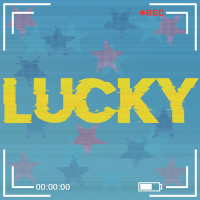 ‘Your mum’s just died, would it hurt you to act like it?’

Lucy is young, fresh-faced and feeling lucky. She also just lost her mother. Propelled by a whirlwind of contingency, she is sent to live with her estranged father, ‘good-looker, Lothario and long-time lad’ Ricky Pense, a reality-TV personality who found infamy through his somewhat problematic dating show, The Pense Project.

Thrust into a new world of TV, celebrity and artifice to which her father’s career is central, Lucy struggles to retain her integrity, the very thing threatened by the screenwriters and editors who seek to capture it. Not to mention the sardonic Viv, her father’s cut-throat PA for whom performance is profit.

Coping with loss is never easy, but when that loss is televised for national consumption and the lines between life and Live! are blurred, it can be hard to hold on to how you really feel.

LUCKY is a new musical about reality tv and the performance of emotion.