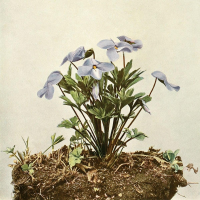 The Captive is a play first staged in 1926 in Paris which, upon being staged on Broadway, was one of the first to have an explicitly lesbian character. It’s a play with an amazing history: after 160 performances, the show was not only shut down but led to the passage of the Wales Padlock Act banning depictions of homosexuality on Broadway stages. Part of a canon of LGBT+ plays from an era pre-empting a more repressive time in American theatre, this show is being staged with an all-female/NB cast with an emphasis on its historical context.

The play tells the story of Jacques, a man in love with his friend Irene, who in turn is a lesbian struggling to hide her lover, Madame d’Aguines. The play is a compelling story of unrequited love and the navigation of relationships and homosexuality in the early twentieth century.