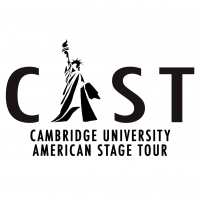 The Cambridge American Stage Tour (CAST), established under the patronage of Dame Judi Dench in 1998, is one of the major international theatre tours of the University of Cambridge. It aims to bring the work of Shakespeare to as wide an audience as possible in the eastern United States. Now in its 25th year, Cambridge University’s largest international tour show has been performing to packed houses and critical acclaim since 1998!

Each September, Cambridge’s most talented actors, directors, designers and technicians travel across the Atlantic to bring a Shakespeare play to colleges, high schools and professional theatres on the East Coast.