A Life of Galileo
By Bertolt Brecht translated by Mark Ravenhill 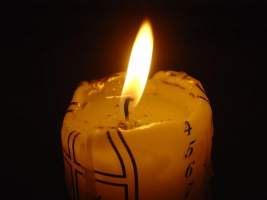 "Unhappy the land that has need of heroes."

Galileo looks up at the night sky, using the newly invented telescope. He observes the sun and the planets. He sees with a searingly brilliant eye, his genius and his methods have never been seen before.
But he is in danger; his enemies are everywhere, convincing the Pope that Galileo's new ideas pose a threat to all that the World stands upon.
Soon he will be forced to defend himself and his theories against all of civilisation: in his battle for truth, Galileo has to choose between his life and his soul.

Brecht's greatest play is a shattering and beautiful delving into the cosmos, beauty, science and truth, religion and morality, and the responsibility of Genius. Mark Ravenhill's 2013 translation for the RSC national tour is a hugely intelligent and vibrantly theatrical venture.