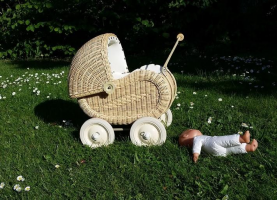 In the West Country, during the Second World War, the preoccupations of adults become those of children, as spitfires swerve through the sky and a little boy's arms become wings. Donald’s father is missing in action, and a klaxon warns that a German prisoner of war is believed to have escaped, but these are the least of the children’s worries.

In Dennis Potter’s tragic and poignant drama, seven seven-year-olds, including the class bully, a just-minded cowboy and a little girl with “many best friends” spend a Summer afternoon together in the woods, playing house and fighting, as all their fears and chimeras are brought to the foreground and their actions become increasingly violent. The very nature of innocence is under fire, and ultimately, the question becomes whether it is even possible for it to exist.