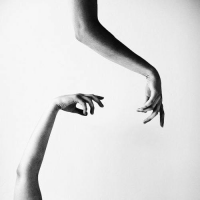 Dirty Hands is an existential play that tells the story of Hugo, fresh from prison, who visits his former boss, Monica, a Labour party deputy. In an attempt to prevent Hugo from being ‘eliminated’ by party members angered by his indiscretions, she must decide whether he is récupérable for the cause before midnight. This ultimatum frames the play, while the story is told in flashback. Hugo is a young intellectual, keen to prove himself as an homme d’action. He accepts the challenge of assassinating Turnbull, a rising star on the right of the party, making it look like a suicide. As the play progresses, we see Hugo’s internal struggles and self-doubt emerge; if he abandons his task he will be killed, but if he murders Turnbull will he lose his integrity? Hugo’s girlfriend, Jessica, warns Turnbull who, ever the persuasive politician, convinces Hugo to join his cause instead. Hugo agrees, but when he returns to proclaim his excitement for the future, he walks in on Jessica embracing Turnbull and shoots him. With the killer’s identity established from the beginning, this political drama considers the “why”, not the “who." Crime of passion or political murder? The audience must decide.