The Plough and the Stars
By Sean O'Casey 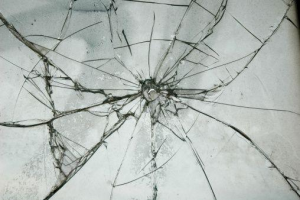 Sean O'Casey's masterpiece revolves around the harrowing events of the 1916 Easter Rising. Set in a Dublin tenement, the play follows the lives of its ordinary residents. Dealing at first with their almost comic vivacity, the threat of militant nationalism moves further indoors and O'Casey's play delves into the heart wrenching consequences of war. He poses a question all too relevant for today: what happens when political terror forces its way into the home?

One of O'Casey's best plays, indeed one of the most significant Irish plays ever written, this play is a story of community, of hope in the face of terror and terror in the face of violence. It both comically and painfully represents and recreates the tenement environment of a Dublin under siege.

This production in Pembroke New Cellars will be atmospheric, intense and claustrophobic, immersing the audience in the war-torn Dublin streets: to feel the heat and glow of the artillery fire, the slamming of the door and the shattering of the window as the domestic tenement must necessarily bow to the pressures of its violent political master.