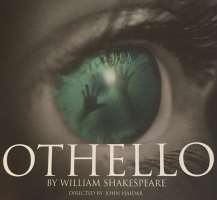 This year the Marlowe Society will be staging Shakespeare's Othello at the Cambridge Arts Theatre in one of the year's biggest and most ambitious productions. Each year the society teams up with a professional director and a cast and crew compiled of some of Cambridge University's most talented actors and technicians, giving them a chance to learn and gain experience under the director, in a beautiful professional theatre.

This year's director is John Haidar, a Cambridge alumnus, who directed Richard III at the Cambridge Arts Theatre earlier this year. John has been an associate director to the likes of Howard Davies, Michael Grandage and James Macdonald at the Royal Court, the National Theatre and in the West End. He recently directed a twentieth anniversary revival of Enda Walsh's play, Disco Pigs, in London and New York.