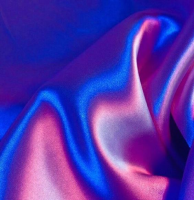 “Look at the moon. How strange the moon seems! She is like a woman rising from a tomb. She is like a dead woman. One might fancy she was looking for dead things…”

Late night, unreal city. The Tetrach is hosting a wild underground banquet. Salome - daughter of Herodias, Princess of Judea - escapes from the oppressive atmosphere of the party and the lascivious gaze of her step father.

Under the transforming moon, bodies become otherworldly and enchantingly strange. Through Wilde’s rich and symbolic mastery of language, we experience the world augmented through the eyes of Salome, culminating in the rapturous and notorious 'Dance of the Seven Veils'.

This new Soma Theatre production captures the queer and ecstatic spirit of Wilde’s most neglected and misunderstood play. In a world fluttering between enchantment and disenchantment, the familiar and the unfamiliar come face to face, breaking down boundaries of gender and exploring what it means to truly ‘see’ one another.