The Man Who Wouldn't Be Murdered
By Lily Blundell 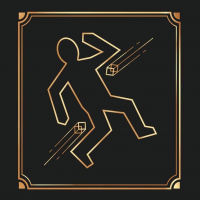 We're back, and we're going to the Camden Fringe!

It’s 1932, prohibition has swept New York, and Tony Morino owns a small underground speakeasy in the Bronx, selling bathtub gin so steeped in ethanol it could easily kill you. Business is terrible, so along with three friends, he hatches a plan – take out life insurance on the drunken, good-for-nothing new employee at his bar, Michael Malloy. The crew successfully take out $68,000 of insurance on Malloy’s life, and the three get to work on murdering their target, with freedom from financial worry surely around the corner. However, it seems some people are far more difficult to kill than others…
The Man Who Wouldn’t Be Murdered is a new comedy musical full of murder, jazz and drink, based on the true story of Michael Malloy and his infamous life, and death.