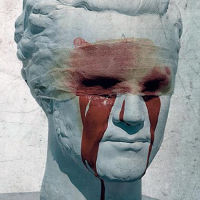 One of Sophocles’ last works, Oedipus at Colonus explores the final days of the exiled Oedipus, old, blind and wandering. It is one of the greatest plays about old age, the bearing of life’s horror, and the transcendence of the ordinary. At the close of an extraordinary man's life, he will face betrayal from his loved ones. Directed by the award winning Dan Goldman, with original music and sound design by Alex Silverman and Xavier Velastin, the play will be in the ancient Greek with English surtitles.

The tradition of performing a Greek play in Cambridge goes back to 1882 and has profoundly influenced the very idea of the performability of ancient drama over the last century. Some of the best acting talent in the country was first showcased in the Cambridge Greek Play, most recently Tom Hiddleston (Orestes in Sophocles' Electra, 2001). This is a chance to be part of a great historical and theatrical tradition, to experiment with performing in another language and to work with a professional directorial and creative team.