The Habit of Art
By Alan Bennett 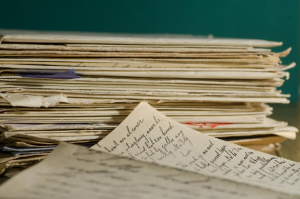 A group of actors rehearse a play in a disused rehearsal room at The National - under the hawkish eye of their stage manager and the irascible influence of the playwright. Their story, composer Benjamin Britten’s first meeting in twenty years with his once friend and colleague, W. H. Auden. In Auden’s lodgings at Oxford, they come together to discuss Britten’s controversial new opera 'Death in Venice'. Their meeting is observed and interrupted by, amongst others, their future biographer and a young man from the local bus station. Yet this was a meeting which never took place, and as the actors pick their way through the script and dissect the unsettling desires of two difficult men, they struggle to keep their own stories at bay. Alan Bennett’s landmark play reflects on the thought of growing old, creativity and inspiration, of persistence when all passion is spent: ultimately on the habit of art.