The Glass Cage: In Concert
By Noah Fram 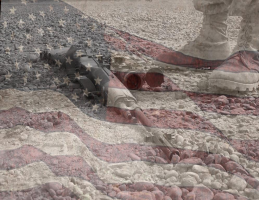 Now, Katherine Murphy is dead. George is in prison, accused of her rape but unable to face his memories of that day. Larry is decorated for heroism, but is increasingly cold to his wife and daughter.

As politicians try to manipulate the three veterans for their own purposes and their memories and mental health become tangled with lies, the facts become increasingly difficult to find – and we begin to wonder whether the truth as we know it is really the truth that we wish to believe in.

‘The Glass Cage’, an original musical from composer Noah Fram, breaks down what we think we know, forcing us to question our own belief in a concrete reality whilst challenging the assumptions and struggles of a woman in the military, the institutional wrongs exerted on both serving and ex-service men and women, the trauma of war and sexual assault, and the nature of memory.