An Enemy of the People
By Henrik Ibsen 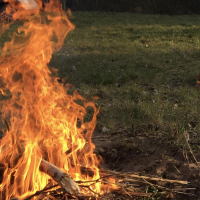 When Doctor Stockmann discovers that the water in the Municipal Baths of his small Norwegian hometown is poisoned, he immediately takes action to make the information public and warn the town’s citizens. As soon as the town’s Mayor, the Doctor’s elder sibling, gets a hold of this information he attempts to dissuade him and undermine his efforts, knowing that the local economy and social well-being of the community depend on the spa. In the crisis that ensues, public opinion turns against Dr Stockmann as both him and his family lose their social and economic standing in the community.

Henrik Ibsen, widely held as the ‘Father of Modern Drama’, tells an emotionally poignant tale of the possibilities and limitations of integrity, love, and honour. Does democracy have the power to destroy ‘the truth’ when public opinion can be easily mobilised against it? And if it does, can we still call it a democracy? Does ‘the truth’ have the power to destroy a local community, or family? And if it does, should it?