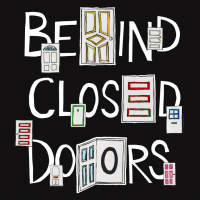 Knock knock, who’s there? Doors. That’s who. Since the very dawn of time, doors have existed to provide easy access between areas that would otherwise be discrete. Many believe that doors predate the dinosaurs, and that the dinosaurs became extinct because they just couldn’t fathom doors. Nowadays, doors are an integral part of our existence, and we have learnt to work with them, rather than against them. That is why the Footlights Spring Revue will feature eleven special doors (as selected via a rigorous audition process) that the Footlights will walk in and out of at various points during the show.

Spring Revue is one of the biggest events in the Cambridge comedy calendar. And this year, the Footlights want to bring you the most exciting and audacious sketch show Cambridge has ever seen.

As the creative culmination of the 2016-17 Footlights Committee, expect a show bursting at the seams with wicked wit, unforgettable characters and even non-complimentary ice cream at the interval.

Come on down and see what the Footlights have to offer!

It's going to be big.