CAST 2015: The Taming of the Shrew
By WIlliam Shakespeare 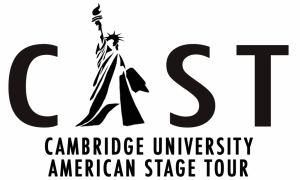 “If I be waspish, best beware my sting.”

The stubborn, rebellious Katherina must consent to marriage, before her sickly sweet, and much desired younger sister Bianca is allowed to be a wife to one of her many suitors. While Petruchio attempts to “tame” the shrewish elder sister, the suitors battle to win the younger by disguising themselves all under the watchful eye of Baptista, their father.

Are the dreams of happy endings all that they were meant to be? We’ll see…

A play within a play, and high on music, dance and laughs, Shakespeare’s greatest comedy is full to the brim of plot twists and turns. Shakespeare’s use of scintillating dialogue, foolery and daring schemes are jam-packed into our two hour performance of Romance and Revenge!

Fifteen years since its first tour, CAST returns to the east coast of the USA in September 2015.