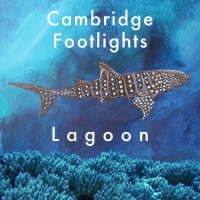 The Cambridge Footlights International Tour Show is the biggest show of the year. Join ‘the most renowned sketch troupe of them all’ (The Independent) as they embark on another exceptional world tour, performing to over twenty thousand people across two continents. This year's tour travels to London, Edinburgh, California, Las Vegas, New York, the Cayman Islands, Cambridge, and many more. Don’t miss your chance to see the latest on offer from the group that launched many of the greatest names in comedy, including Stephen Fry, Emma Thompson, Mel, John Cleese, Hugh Laurie, Mitchell and Webb, Richard Ayoade, Sue, John Oliver and David Baddiel.

Previous praise for writers/performers:
'By far the best comedic performance I have seen at the Fringe this year' EdFringe Review
‘A glorious mix of surreal, intelligent and simply hilarious sketches’ The Tab
‘I cannot recommend the show highly enough’ TCS
'Highly original and truly hilarious' Varsity
'Has half the audience dancing and the rest laughing' TCS